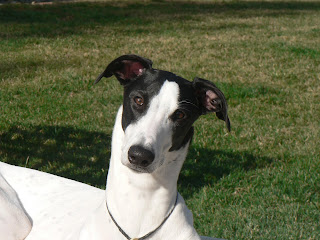 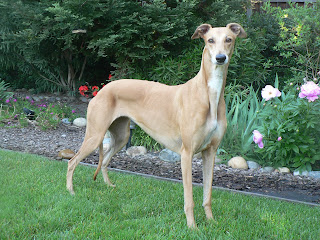 Another equally correct ear set but I don't like the look as much  is one with a large base/bell to the ear. These may progress to upright ears in some dogs as they age. 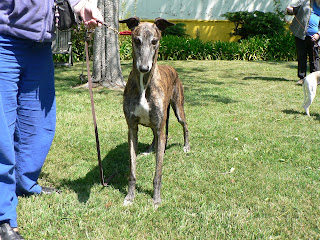 However significant variations occur, the most striking is the upright ear. All dog's ears from time to time go upright when excited but the dog with upright ears well is upright all the time. It may not be evident immediately but by the time they are a few years old they stand upright. This makes it hard in the show ring to finish a dog as it is such a striking fault. 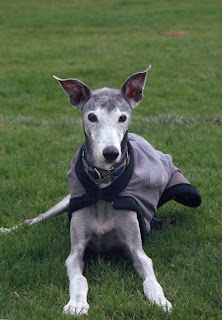 Next is the upright tipped ear. It is quite unusual and I have only seen it in two dogs before. It adds character to their face. 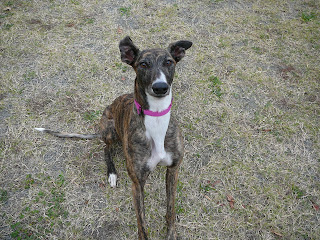 A fault I seen a few times is the dog with the asymmetical ear set. One ear is set correctly on the side of the head and the other ear is dropped. I have seen it in 3 or 4 dogs through the years. The dog below is an older dog and I wish I had a better photo showing her ears. In the second photo she is the dog on the far right. It looks subtle but in real life was quite evident. 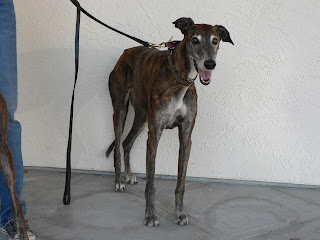 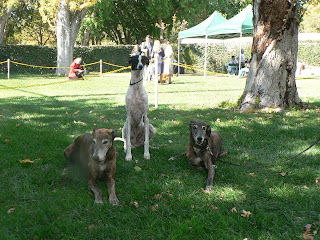 Then there is the ear that doesn't want to rose but curls forward. Again it adds character to the face but is not desirable. 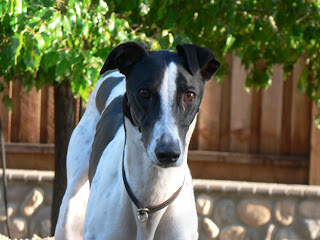 Lastly is the dog with big hound ears. Unfortunately I couldn't get a hold of a picture in time but may be able to add later.

Although greyhound don't run on their ears, a correct ear set adds to a pleasing expression.
Posted by Aragon greyhounds at 8:59 PM

It's funny what you get used to. Beryl's natural ear set is one correct ear and one pricked. On the rare occasion when her pricked ear happens to be in the correct position she doesn't look like Beryl:) When she's on high alert both ears are pricked and I like that look too, can't do anything about it if I don't:)

Riley's ears definitely add character to her face. :-) Not pretty, but cute.